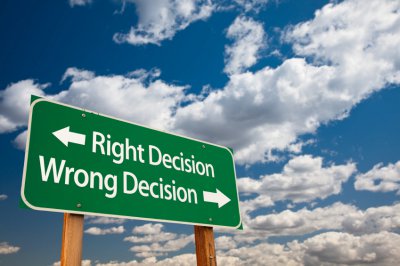 Wrongful Trading – The Ronseal Test – Does It Do What It Says On The Tin?


I have recently been reviewing a case in respect of which I have been appointed as Liquidator.  There is a potential wrongful trading issue that warrants further investigation and therefore I have been reviewing some important case law reports.

I have also recently attended a lecture by a good friend of mine who is an insolvency solicitor, and the topic he was covering was wrongful trading.  Wrongful Trading therefore appeared to me to be a good topic to cover for my next post.

Section 214 of the Insolvency Act 1986 sets out the conditions that must be met for Wrongful Trading in respect of Liquidation.

To summarise, and to avoid just repeating the law, for wrongful trading to have taken place the following must be evidenced:

There are a few additional caveats:

If the Court considers that the above conditions are met, then it may order the director to make a contribution to the Company’s assets.

A possible defence to a wrongful claim however, is that the director took every reasonable step to minimise the loss to the Company’s creditors.

There have been some interesting cases over the last few years which deal with various different aspects of the law that needs to be made out for wrongful trading to have taken place and I will deal with each one in turn.

With regards to the insolvency point Ralls Builders said that in order to determine insolvency, as defined under Section 214, the Company’s prospects for raising additional capital could be taken into account.  This means that future assets could potentially be considered when looking at wrongful trading.

In respect of the knowledge point Brooks and another v Armstrong and another highlighted the Courts view that:

Turning to the minimising the loss to creditors defence the Courts were quite critical of the directors in Ralls Builders Limited.

The Court said that the Section clearly says every step must be taken, and therefore not only must the continuation of trading be to reduce the net deficiency of the Company, but it must also be designed to minimise the risk of loss to individual creditors.

The Court criticised the directors for continuing to trade, which enabled the bank to be paid off, together with some old creditors, all at the expense of new creditors.

One would therefore think that the Judgment in Ralls Builders would be helpful to the insolvency profession and more importantly to the creditors.

Unfortunately however, this is not the case.  The Court held that there was no increase in net deficiency; consequently the Court declined to order the directors to make a contribution to the Liquidation.

Is this right?  I do not think so.

In 1982 The Cork Report into the Insolvency Regime was published, and The Cork Committee wanted there to be a civil remedy for Fraudulent Trading.  This would avoid the need to demonstrate a criminal standard of proof as to fraud or dishonesty, and hence Wrongful Trading was brought into legislation.

The purpose was to make it easier to safeguard creditors from foreseeable loss from unscrupulous directors.

So does Wrongful Trading achieve this aim?

A ludicrous example could be made to illustrate the point made in Ralls Builders.

Let us assume that on the 1 January 2019 it is clear as day that directors knew that their Company could not avoid insolvent liquidation. Let us assume that as at 1 January there was a £200,000 overdraft which was secured by way of fixed and floating charges against the company assets and £300,000 of unsecured creditors.

The directors decide to continue trading the company.  New credit lines are sought and obtained.  Money generated from new sales is used to pay off the overdraft and the old creditors.  However, in order to generate those sales £500,000 of new credit has been obtained with new suppliers.

This is clearly good news for the old creditors because they have been repaid in full, however what does this mean for the new creditors?  It is important to bear in mind these debts were incurred after a date on which the directors knew insolvent liquidation was unavoidable.

Under the ruling in Ralls Building, has there been an increase in net deficiency?

Ignoring any assets, which we can assume will be fairly constant, the level of creditors is still £500,000, therefore there has been no increase in deficiency.

Therefore, relying on Ralls Building the Courts are unlikely to order the directors to make a contribution to the liquidation.

Is this fair?  Is this right? Is this what Wrongful Trading was designed for?

I am not convinced.

The late Gabriel Moss QC wrote a very interesting article dealing with the same point in 2017 and I must say that I agree with the points that he made, which I am reiterating in this blog, though no doubt, less eloquently than he would have.

In an older case, Purpoint Limited (1991), the court noted that where it is not possible to calculate the increase in net deficiency, because the accounting records were inadequate, the compensation ordered by the court could be calculated on the basis of debts incurred and remained unpaid after the date on which the directors knew or ought to have known that insolvent liquidation was unavoidable.

Going back to first principles, this is exactly what the Cork Report wanted in 1982.  It is disappointing therefore that accounting records have to be fundamentally poor, before a civil liability for taking on credit with no reasonable prospect of it being paid can be levied against the directors.

It is no wonder why most insolvency practitioners will always think twice before bringing a Wrongful Trading claim.  Not only can it be a difficult claim to make out, assessing the quantum of the claim can be even harder.  It would be so much easier to say to a director that after such and such a date when you knew that liquidation was unavoidable, credit of £x was taken and remained unpaid, therefore you need to repay £x to the Company.

I do feel that the current stance on Wrongful Trading is wrong and one can only hope that the Courts will change their approach and go back to basics.