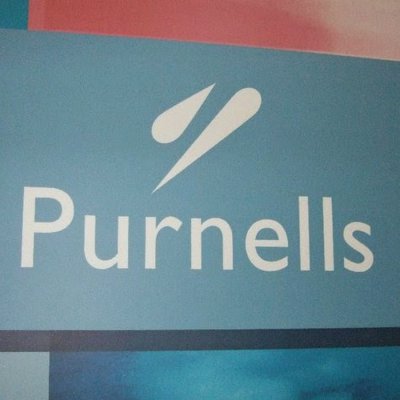 Hello and welcome back to Purnells "weekly" blog on insolvency matters.

I have to start this blog post with an apology for not posting recently. October was an extremely busy month but an exciting one here in the Purnells office as we attended the Insolvency & Rescue Awards in which we were nominated for 4 awards.

Unfortunately we were not winners on the night but we have taken heart that the achievements of a firm in the South West are being recognised on a national scale.

So, to this week's topic of consideration: "An overview of the options open for individuals who are facing financial trouble".

When an individual faces financial difficulties they often do not realise what formal insolvency options are open to them unless they have been exposed to the profession of insolvency before.

The main options open to an individual can be summarised as follows:

The first option open to an individual is not really an option at all, however it always seems to be people's first port of call, and that is; to do nothing.

People often ignore debts and creditor letters in the first instance in the hope that either 1) everything will work out ok eventually if they do not think about it or 2) the creditor will give up chasing after a while so there is no need to fret.

Obviously this is not a real option for an individual to take as it will only lead to increased pressure and threats from creditors, which may result in CCJs being sought, bailiffs attending at the individual's home or a bankruptcy petition being presented.

Individuals often attempt to come to informal deals with their creditors to try and bring the situation to close. This is only a viable option if the individual has a low number of creditors with whom they are in good contact.

If there are too many creditors, the informality of the deal may lead some creditors to renege and pursue the individual through other options, which will render the agreement and the individual's effort pointless.

Also the more creditors there are the harder it will be to achieve an "agreement" with all creditors. Some will say yes, others say no and the rest will ask for further information. The reality will be that there will be no agreement amongst all creditors.

The individual makes these regular payments to a licensed debt management company and that company shares this money out between the individuals creditors after taking a fee.

The issues with a debt management plan are that it is not an Insolvency Act process and therefore does not bind creditors. Should a creditor wish to renege on the agreement, it can.

A plus side of a DMP is that the monthly repayments can be extremely low. Unfortunately, interest is not frozen during the period of the DMP, like in an IVA, so depending on the size of creditors and the repayments the interest may not be covered and the debts may not be decreasing.

Another downside of a DMP is that their term is limitless. Whilst an IVA lasts between 3-5 years, a DMP will continue until the debt is paid in full. This may well be 20-30 years depending on the size of creditors and repayments.

One of the two formal insolvency options that Purnells offer to their clients is an IVA. An IVA is a formal deal with your creditors, a contract, which will allow you to deal with the debt in full and final settlement, even if all the debts cannot be repaid in full. There are two types of IVA and these are as follows:

This is where a set monthly sum is paid into the IVA for a period of three to five years out of surplus monthly income, to offer a dividend to the creditors.

This is where a lump sum is offered to the creditors in full and final settlement. This can be from the sale or remortgage of a property owned by the individual or a gift from a third party if the individual has no lump sums to offer.

There are many aspects to bankruptcy that must be considered before an individual petitions for their own bankruptcy (and by no means is the below a comprehensive guide of the implications of bankruptcy).However, the 4 main restrictions in a bankruptcy are:

In addition to the above there are several implications for the individual's assets (property, surplus monthly income etc), which will be covered in a separate blog.

Should you wish to discuss IVAs or bankruptcies in more detail, please do not hesitate to get in contact. Telephone: 01326 340579, Email: ale@purnells.co.uk