Administration - What is it and who is an Administrator?

An administration is designed to provide a breathing space from creditor actions, whilst Licensed Insolvency Practitioners (acting as the "Administrator") take control of and evaluate the company, and the best course of action to take for all stakeholders, following established procedures and requirements set out by the government.

In order for an administration order to be granted by the court, several requirements must be met, and the administration must usually either be deemed likely to result in rescue as a going concern or be more fruitful for creditors than an immediate liquidation.

For more information about administration, please see the navigation panel. Our what is Administration page also provides more details.

Why place your company in to Administration?

An insolvency Administration is sometimes the answer to freeze pressing company  creditors such as VAT & PAYE.

If HMRC and the Inland Revenue are pressing as your company can't pay arrears of VAT, PAYE and other taxes one solution might be to consider freezing any enforcement action that HMRC try to take by obtaining a Limited Company Insolvency Administration Order - often within 24 hours.

If your company is under severe financial pressure from HMRC or others, it is inevitable that you, as a director of the company, need time - a breathing space - to better consider the available insolvency and restructuring options to save your business. An administration order achieves an absolute freeze on creditors enforcement actions against your company and provides you time to derive a plan to get out of the financial problems and to save the underlying business of your company.

How does the law enable creditors such as the Inland Revenue to be frozen within 24 hours? - The Administration Order

- The Insolvency Act 1986 as modified in 2003 and 2010 encourages company rescue and provides an insolvency vehicle (administration orders) to prevent one or more creditors bringing down a company.

- In fact in cases of extreme pressure we can freeze Inland Revenue and other creditors within one hour.

How are company creditors frozen within 24 hours by obtaining an Administration Order?

There are several ways in which the law permits an immediate freeze on creditors enforcement actions against your company:

- If your bank has not registered a charge over the assets of your company at Companies House then to obtain the freeze on creditors (most often in respect of the VAT liability) all your co- directors or shareholders have to do is to meet, pass resolutions and sign a form being the "appointment of an administrator".

- The form is then hand delivered by Purnells Licenced Insolvency Practitioners staff to your local Court office. The form is not even presented to a judge! The Court office staff "stamp, date and time" the Form and record a Court Reference number on the Form. You do not have to attend at Court.

- That's it! The freeze on all creditors actions applies from the second that the Form is stamped, timed and dated by the Court.

Alternatively if your bank has registered a charge at Companies House against the assets of your company (we can find out in minutes whether your bank has a charge by way of a internet search at Companies House) then the process is exactly the same as above with the exception that this time the Form is called a "Notice of the intention to appoint an administrator". That Notice still achieves the immediate freeze on creditors actions.

We have not included on this website a "24 hours freeze" case study as the above few paragraphs says it all about getting the freeze. The next most important matter for you is the planned outcome of the Administration - There are many types of outcome where you retain control of the business and where huge benefits are obtained. Those benefits are the same as shown on an earlier page on this site.

When does it take longer than 24 hours to obtain a freeze on creditors actions? An Administration Order can still be obtained

Do not worry (too much) If a winding up petition has already been issued against your company. In this case the law makes you work a bit harder to get a freeze on that particular type of creditors enforcement and recovery action. We suppose the law takes the view that as you left it late to take any action they require you to jump through more hoops now that a creditor has incurred the cost of issuing a winding up petition.

In this instance it is not a question of merely hand delivering Forms to the Court and having those Forms immediately stamped by Court staff - Instead an Application to Court must be made to a Court Judge. That application for the making of an "Administration Order" has to contain much information and the Court must set a date for a hearing.

In the above winding up petition scenario are there interim steps (other than an Administration Order) available to effectively freeze other creditors enforcement steps within 24 hours?

Yes - By hiving down the assets of the company to a newly created subsidiary bailiffs have nothing upon which to distrain and VAT, PAYE officers have nothing to seize or to take walking possession over. It takes less than an hours to incorporate a new subsidiary and to complete the hive down formalities.

By clicking on the index to Insolvency Administration topics on the left hand index you will find page after page of a detailed explanation of the law, how it works and practical matters in relation to Administrations. The most important issue in those pages is a discussion on the planned end game of your Administration. The end game is all about what the shape of your business will be after the administration order process has been completed.

So consider the solution of an Administration Order and plan your company's end game in a positive way rather than submit to collection pressures in respect of unpaid Inland Revenue & HMRC arrears for VAT and PAYE and other unpaid tax and supplier liabilities. An Administration Order also protects your company if it has not been able to keep up with the payment terms set out in a time to pay agreement with HMRC and that time to pay agreement has now been withdrawn by HMRC. 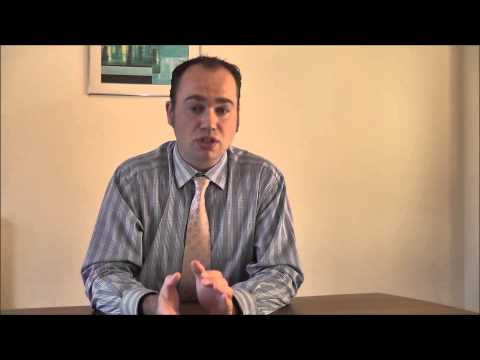