How a Company Voluntary Arrangement can save your Company 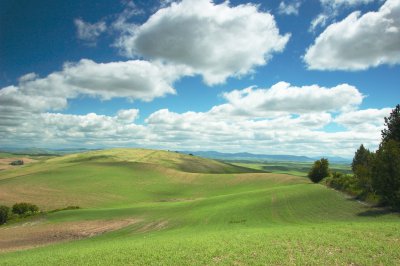 Hello and welcome back again to Purnells weekly blog on insolvency. This week's topic is how a Company Voluntary Arrangement ("CVA") can save a Company.

The first thing to note is that the purpose of a CVA is to propose a 'deal' with the creditors. When that deal is agreed it prevents the creditors taking any further action against the company, whether that be by way of bailiffs or a winding up petition.

A CVA can follow one of the two following options or be a hybrid of both (it depends totally on the Company involved and its assets/future work etc):

This is where a set monthly sum is paid into the CVA for a period of three to five years out of trading profits, to offer a dividend to the creditors.

This is where a lump sum is offered to the creditors in full and final settlement. This can be from the sale of unnecessary machinery or a lump sum offer from the Directors.

A CVA Proposal is drawn up by the directors with the help of an insolvency practitioner and is then forwarded to all of the creditors. The law sets out the minimum level of information that must be contained in the CVA proposal but not what the offer to creditors should be. Therefore the offer to creditors can be made up of whatever elements the Directors wish but must be the best offer available. Also it goes without saying that any CVA proposal must offer creditors a better return than a liquidation, otherwise creditors will not approve the CVA because they would be better off in a liquidation.

A Company Voluntary Arrangement could help your company avoid statutory demands, winding up petitions or any other type of creditor collection action. In addition the effect of a CVA is to relieve your company of creditor pressure either by the elimination of much of that debt or by clearing the debt over several years.

Should a creditor be pushing for payment and have issued a Winding Up Petition in the courts then a CVA can still be used to save the Company.

Once a Winding Up Petition has been issued, and if there is no ability to adjourn the date to hear the petition (for example the hearing has already been adjourned several times) a moratorium application could be made to the court.

A moratorium has the effect of preventing any legal processes against the Company being proceeded with whilst it is in effect. Even a Winding Up hearing will be adjourned until after the creditors meeting to consider the CVA.

At the meeting to consider the CVA proposal, 75% of those voting must vote in favour of the proposal for it to be approved. Once a CVA is approved a creditor cannot pursue their debt outside of the arrangement EVEN if they did not vote or voted against. They are bound by its terms. If a winding up petition was to be heard and there has been an approval of a CVA proposal, the petition will be dismissed at the adjourned hearing.

I hope you have found this blog useful and should you wish to discuss CVAs in more detail, please do not hesitate to get in contact. Telephone: 01326 340579, Email: ale@purnells.co.uk