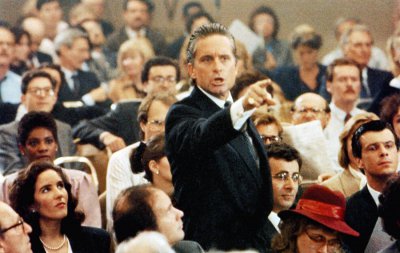 Hello and welcome to Purnells' weekly blog on insolvency topics.

As I sat on the train from Paddington yesterday, my thoughts turned to my insolvency blog and the topic to tackle for the readership.

I had just attended a meeting of creditors at which I had been appointed as liquidator of a Company and therefore decided to focus this blog on creditors' meetings in creditors voluntary liquidations ("CVL") and, potentially, what they truly are like to attend from the Director's perspective. Many directors envisage that the section 98 meeting (another term for the creditors' meeting in a Creditors Voluntary liquidation) to be an interrogation and is them put on trial for the Company's failures.

MYTH #1 - THE MEETING WILL BE BURSTING WITH PEOPLE

At a meeting of creditors, there are only two people that are REQUIRED to attend for a CVL.

These are the Director, who has been nominated as the Chairman of the meeting by the Board, and the Liquidator appointed at the meeting of shareholders, who will be running the meeting of creditors.

All other parties CHOOSE to attend.

However, over the last few years there has been a definite trend that has emerged, whereby no other parties attend at these meetings. The Director and the Insolvency Practitioner therefore end up sitting at the meeting location, signing the paperwork and leaving after waiting an allotted time for any third parties to attend.

The reason, I believe, third party creditors choose not to attend in the majority of liquidations is that there is nothing to gain by doing so and they are wasting time that could be devoted to more profitable activities.

Obviously there are cases in which creditors attend at the meeting, however we have found these to be the minority of cases.

Often, the creditors that attend are employees who want to find out what is going to happen to their unpaid wages. However, the employees often contact the office beforehand to confirm their situation and therefore do not have to turn up.

On this day, the employees arrived at the meeting room too early and the shareholder's meeting was still being held at this time so I asked them to come back for the creditors meeting in 15 minutes.

They never came back. I think they had seen that the meeting was just going to be them, the Director and myself.

I often tell directors that people who have not been through the process before believe the meeting of creditors to be similar to the scene from the movie "Wall Street" when Michael Douglas stands in front of a Board of Directors 30 people strong and shouts at them for doing a poor job. Therefore people often think they'll be able to sit at the back and watch proceedings.

The stark reality is that the majority of meetings of creditors end up being the Director and Insolvency Practitioner signing the required paperwork and discussing the Company.

MYTH #2 - CREDITORS TURN UP AND JUST SHOUT AT THE DIRECTOR

As already stated above, in recent times, the majority of meetings end up being just the Insolvency Practitioner and the Director present.

Only a few meetings over the past couple of years have had third party attendees. As a result of the economic crisis in 2008 creditors have become somewhat numb to debtor companies entering liquidation, even though it is never a nice pill to swallow.

From an Insolvency Practitioner's view, for non-employee creditors to attend the meeting it either means one of two things: 1) they have not been though the process before and therefore attend because they think they need to or 2) they think the director's actions have not been exemplary and want to put questions to them about this.

Although the questions put to the Director may be direct, as long as none of the accusations are true, they should be easily answerable by the Director.

For a Director, if you have been open with the creditors of the Company and run the Company in an honest way, the meeting of creditors should not be daunting. It is not an opportunity for creditors to drag the director over the coals, as it were, and is therefore not something to be feared.

Should you wish to discuss creditors voluntary arrangements in more detail, please do not hesitate to get in contact. Telephone: 01326 340579, Email: ale@purnells.co.uk