Will the Finance Bill 2016 be the Death Knell for MVLs 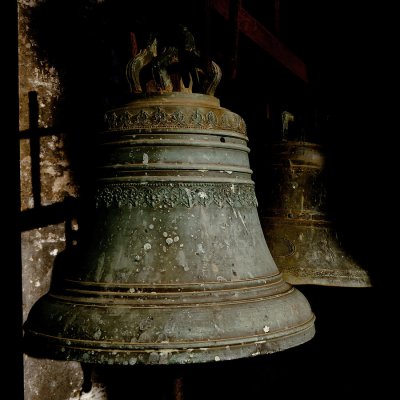 Shortly before Christmas in 2015 HM Revenue and Customs caused quite a stir in the insolvency and contractor world by releasing a policy paper regarding the treatment of capital distributions from Members Voluntary Liquidations. A copy of that policy paper can be reviewed by following this link.

It is clear that HM Revenue and Customs have "declared war" on contractors and the use of personal service companies.

The policy paper has stated that HM Revenue and Customs wish to strengthen the Transaction in Securities Rule through the introduction of a new Targeted Anti-Avoidance Rule ("TAAR").

This new TAAR is subject to consultation with a view to being introduced on the 6 April 2016.  However as at the date of writing this article, 5 April 2016, no announcements have been made to this effect.

So What Does The New Target Anti-Avoidance Rule Say?

In simple terms the new TAAR states that if:

Then any capital distribution will retrospectively be taxed as income.

It is clear that this legislation is designed to prevent contractors building up a capital sum in a company and liquidating every few years in order to extract those funds as capital and the more favourable capital gains tax rates.

The legislation is written so that any new trade does not necessarily have to be a limited company and LLPs, sole traders and partnerships would also be caught under this rule.

What is not clear from the legislation, which could still be subject to change, is whether this would cover employment.

Over the years we have placed hundreds of companies into Members Voluntary Liquidation and many of those were for contractors who wished to recommence trading in a new company.  However a significant number of "contractor" MVLs were for people who had been offered a permanent role once their current contract finished.

I doubt very much that being employed in the same industry would be considered to be involved in a similar trade, though activity does appear to be more wide ranging.

However if a contractor was offered, and took up, a permanent employed role then he or she would have to do something with the Company they were operating.   The obvious action would be to liquidate it because it would then be dormant having served its purpose.

Accordingly the main purpose of the winding up would not be to obtain a tax advantage.

It therefore appears to me that if a contractor was offered a permanent role and wished to liquidate their company the new Targeted Anti-Avoidance Rule would not be applicable.

What About Members Voluntary Liquidations For Non Contractors?

In my experience a significant proportion of MVLs are conducted for companies who are not contractors.

There are many reasons why shareholders may wish to wind up their companies, for example:

In some of these cases it is clear that the shareholders will not be involved in a similar trade or activity within a two year period and therefore the new TAAR will not be applicable.

In others it will be clear that the main purpose of the winding up is not to obtain a tax advantage and therefore the new TAAR will also not be relevant.

So Is The Finance Bill 2016 the Death Knell for Members Voluntary Liquidations?

The answer, in my view, is no.

Yes it is true that there have been a massive surge in MVLs over the last twelve months as contractors who have taken their accountants' advice have got out what they can, when they can.

However I am not convinced that the new legislation will stop shareholders from winding up their companies to extract any funds as capital, provided that the winding up is done for the right reasons.

In actual fact Members Voluntary Liquidations have never been as attractive because:

If you wish to explore the possibility of placing your company into Members Voluntary Liquidation it is always best to take professional advice.

At Purnells we always offer a free first meeting to our clients and also are more than happy for the Company's accountant to be involved in that meeting as this ensures that the three relevant parties are all working together from day one.

If you would like to discuss any of the issues raised in this article please do not hesitate to contact Chris Parkman BSc (Hons), MIPA MABRP, ACCA on 01326 340 579 or email him at chris.parkman@purnells.co.uk