Dealing With Winding Up Petitions 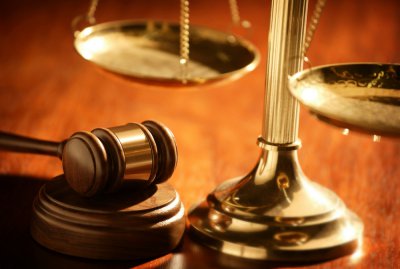 Hello and welcome back to the next blog on insolvency topics.

This week I am reviewing the impact of Winding Up Petitions on Companies and what options you have to deal with them.

What is a Winding Up Petition ("WUP")?

Simply put, a Winding Up Petition is an application made to court to bring the life of a Company to an end.

A Petition is, usually, presented by a creditor of the Company when they have attempted to recover their debt from the Company and it has not been received. (A director or shareholder could also present the Winding Up Petition if they wish to bring the life of the Company to an end).

A Winding Up Petition is often seen as a last resort because you are asking the Court to bring the life of the Company to an end and for a Liquidator to be appointed. Therefore, if you are seeking repayment of your debt, you are gambling that there are going to be sufficient assets in the Company to repay all costs of the liquidation together with all creditors without being able to trade any further.

Is a Winding Up Petition against my company serious?

If it is a creditor that has presented the WUP then they will have suffered considerable cost to have done so. They will have instructed a solicitor and incurred the necessary court fee, which is currently £1,500.

Local to us, solicitors would charge in the region of £3,500 plus VAT in order to issue a winding up petition, which includes the court fee.

A creditor would not be incurring this level of costs if they were not intent on receiving their money back from the Company.

Process after a Winding Up Petition has been issued

The Winding Up Petition is then served on the Company concerned and it is also advertised in the London Gazette. This is an important step to note. Once the Petition is advertised in the Gazette, it is possible that the Company's Bankers may suspend use of their Accounts until the outcome of the hearing, which can be 4 - 6 weeks later. This could leave the Company with no funds to pay employees and creditors for the same period!

Approximately 4 to 6 weeks after the issuing of the Winding Up Petition the Court will "hear" the petition. What this means is that the court will listen to representations made by the applicant creditor and any defence put forward by the Company.

At this "hearing" there are three options for the court. The court can either dismiss the judgement, adjourn the hearing to a later date or make the winding up order.

If the court makes the order, the Company will enter compulsory liquidation and the local Official Receiver will be appointed as liquidator of the Company.

The Directors will then be required to attend on the Official Receiver for an interview to supple all information and records concerning the Company.

How can I save my Company if a Winding Up Petition has been issued?

There are several options open to your Company if a Winding Up Petition is issued or threatened to be issued against your Company, which are as follows:

1. If a Winding Up Petition has been threatened by a creditor, you must consider why you have not paid that debt. If it is because the Company has insufficient cash flow, that would make the Company insolvent under the wording of The Insolvency Act 1986. The directors would then need to consider whether they should be taking formal advice from an Insolvency Practitioner about the future of the Company.

2. If the Directors of the Company do not consider the debt to be owed, but the creditor is still threatening a Winding Up Petition, it may be best to instruct a solicitor to dispute the debt before the creditor issues a WUP. It is important that a WUP is not issued as Banks may suspend the Company's banking facility once it is advertised in the Gazette, effectively damming the Company to not be able to pay its employees or creditors.

Though it should be noted that issuing a Winding Up Petition is not an instrument to collect a debt, this is an abuse of process. A WUP is a way to enforce a debt after obtaining judgement to confirm the debt is due and a claim made to the local county court is the way to collect a debt by way of a County Court Judgement.

If a creditor is seeking to collect their debt by way of a WUP, then you should either apply to court for it to be dismissed on the grounds that it is an abuse of process or instruct solicitors to apply for an injunction to stop the WUP being advertised to ensure the Company's banking facility is not suspended.

3. If a Winding Up Petition has been issued and the Directors wish to save the Company, they could try to put forward a Company Voluntary Arrangement ("CVA") to their creditors. They may also require a moratorium from the court to ensure that no further actions or orders can be made against the Company whilst they put forward the CVA to the creditors.

If a CVA was approved the Company would be able to continue on trading free of its debts. More information regarding CVAs is available on our website.

4. If a Winding Up Petition has been issued against the Company, another way for the Company to be saved is by way of an Administration. This is an application to court and would have the effect of an automatic moratorium, which would stop any further action or orders against the Company.

An Administration could allow the Company to continue to trade but would have to fulfil one of the statutory purposes. More information on Administrations can be found on our website.

5. Rather than allowing the Company to enter Compulsory Liquidation, the Directors could decide to place the Company into voluntary liquidation by instructing a firm of private sector Insolvency Practitioners.

The benefit of this would be that if the Directors wished to buy the business of the Company for value, there would be more chance of being able to negotiate an agreement with a private sector IP than the Official Receiver. This is because a sale could happen quicker therefore preserving more of the Goodwill that can be purchased. Information on Creditors Voluntary Liquidations can be found on our website.

Should you wish to discuss Winding Up Petitions and their impact in more detail, please do not hesitate to get in contact. Telephone: 01326 340579, Email: chris@purnells.co.uk