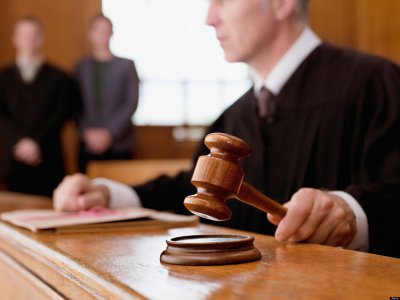 Hello and welcome to this week's blog.

This week we shall be focusing on the issue of Director's Disqualification in Liquidations and Administrations.

It should be noted that in both of these formal insolvency procedures, the office holder (Administrator or Liquidator) has a duty to produce a report on the conduct of all Directors of the Company in the past 3 years within the first 3 months of their appointment. It is not meant to be a criticism of the Director as it is a requirement of the office holder, however, if any misfesant conduct has been found, this will be submitted to the Insolvency Service within the Report.

From 1986 the court has, on application from The Insolvency Service (to whom all reports are submitted), considered cases put to them and in appropriate circumstances the Court has made disqualification orders of between two and fifteen years.

A person who has a disqualification order made against them cannot then operate a business under the privileged protection of limited liability. In other words such a person has to trade as a sole trader - and thus expose all of his personal assets to creditors should the sole trader business later fail.

The court process is an adversarial one with the Secretary of State on the one side and the defendant director on the other. The insolvency practitioner liquidator/administrator may act as a witness in the case. He is independent of both the director and the Secretary of State. It is the liquidator's duty to be "fair" and "balanced" in his report to the court concerning the conduct of the director.

Alternatively a director can now "agree" to a disqualification order being made against him in negotiations with the Company Directors Disqualification Unit. Such an agreement avoids the often very heavy cost of litigation and often reduces the term sought at court for disqualification.

Under Section 6 of The Company Directors Disqualification 1986 an unfit director shall be disqualified by a Court from acting as a director in the future for a period ranging from two years to fifteen years.

Effect of a Director Disqualification Order

Another effect is that individuals can also not act as a "de facto" director or as a "shadow" director.

If the disqualified individual gets involved with a company after/while a disqualification order is in force then the following severe penalties may follow:

On conviction, the "director" could be imprisoned for not more than two years or be fined (or both). (Crown Court)

The "director" may be personally liable for the company's debts.

A disqualification order is not intended to deprive a person from earning a living. In my experience, through contact with the Insolvency Service, a disqualified person can work for a limited company during the period of disqualification provided they are not involved in promotion, formation or management of the Company.

As always, should you wish to discuss Director Disqualifications or any other insolvency matter in more detail, please do not hesitate to get in contact. Telephone: 01326 340 579, Email: ale@purnells.co.uk