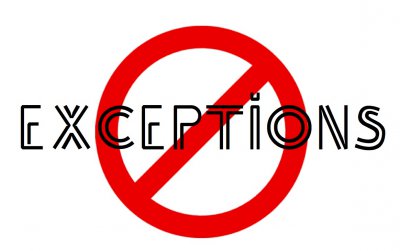 Hello and welcome to this week's insolvency blog.

This week we are following on from last week's blog on phoenix companies where we mentioned that there were exceptions to the law on the reuse of the Company's name, once it has entered into liquidation.

The three exceptions to the general rule, that a successor phoenix company cannot re-use the original registered name, or trading name, of a predecessor insolvent company are set out at Rules 4.228 to 4.230 of The Insolvency Rules 1986.

This is possibly the most important exception to reusing a company name in a phoenix company. Where a Company (the successor company) acquires the whole, or substantially the whole, of the business of an insolvent company, under arrangements made by an insolvency practitioner acting as its liquidator, administrator or administrative receiver, or a supervisor of a voluntary arrangement, the successor company may for the purposes of section 216 give notices under this Rule to the insolvent company's creditors.

-  Every creditor of the previous insolvent company.

In other words if you do not follow the Rule 4.228 procedure to the letter then it is just the same as if your phoenix company was trading without the benefit of limited liability.

However the procedure is very straight forward and Purnells are here to guide you through it to ensure everything is done correctly.

This second exception involves the directors of the successor phoenix applying to Court for permission (or "leave" as the Court calls it) to reuse the name of the insolvent company. The application to Court must be made not later than 7 days from the date on which the company went into liquidation, and leave must be granted by the Court no later than 6 weeks from that date.

This begs the question as to whether the Court gives permission to reuse the name of the insolvent company name in every case. Several cases demonstrate that the Court will look at the matter seriously. Before the Court will give leave it will first wish to establish that:

- The successor company is well capitalised

- Has adequate bank or other working capital

- Has a competent financial team.

So if you start a phoenix company on a financial shoestring you will not get permission from the Court to reuse the old insolvent company's registered or trading names in a successor phoenix company.

Also Court applications can be expensive in terms of legal costs and as the Court will look at the matter closely there is no guarantee that it will grant the requested leave. We tend to find that it is often easier, quicker, cheaper and more certain to utilise Rule 4.228 instead.

The name of the insolvent company can be reused in the successor company using that name if:

(a) it has been known by that name for the whole of the period of 12 months ending with the day before the liquidating company went into liquidation, and

(b) it has not at any time in those 12 months been dormant within the meaning of section 252(5) of the Companies Act.

In other words if you have five existing companies such as John Brown A Ltd, John Brown B Ltd, John Brown C Ltd. John Brown D Ltd and John Brown E Ltd then if one of those companies is placed into insolvent liquidation the other companies within the group can continue to use the "John Brown" moniker provided that they have each been trading for the entire previous 12 month period.

As always, Should you wish to discuss phoenix companies or any other insolvency matter in more detail, please do not hesitate to get in contact. Telephone: 01326 340 579, Email: ale@purnells.co.uk