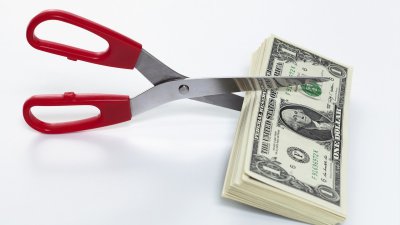 Hello and welcome back to this week's blog.

This week we are focusing on the term "The Prescribed Part". It is a term that appears a lot in formal insolvency processes but may not be understood by many outside of the industry.

The old order of priority

The order of priority of repayment in an insolvency occurring before the 15 September 2003 was generally as follows:

- Firstly, creditors who held fixed security (such as a mortgage over property) are paid out of the realisations from that property.

- Secondly, creditors who were then classed in law as "preferential creditors" were paid next if any surplus money was left in the insolvency practitioners hands.

- Thirdly, creditors who held a floating charge debenture (such as banks) were next in line to be repaid.

- Fourthly, if any money was left over unsecured creditors would receive a dividend repayment.

It used to be the case that Revenue debts were "preferential creditors" and could obtain repayment in any insolvency ahead of other creditors who were classed as "unsecured creditors".

On this date, the "crown" gave up their right to be preferential creditors for amounts such as VAT, PAYE and Corporation tax liabilities and are now unsecured claims in any insolvency commencing after the 15th September 2003.

The Government's idea behind giving up their right as preferential creditors was to level the playing field between the different categories of creditors when a company restructuring was being considered.

If the Government had done nothing it would have been likely, in many instances, that the company bankers (being the next in order of priority for repayment) would have scooped all the money under their floating charge.

The legislature therefore had to "prescribe a part" of the money that would have ended up in the hands of the banks as not being available to them. In effect the law ring fenced a portion of the funds available to the floating charge creditor (called the Prescribed Part) that has to be used to pay a dividend to unsecured creditors.

Therefore, the overall sum available for distribution (after paying off secured creditors and the new smaller class of preferential creditors) must be divided into two parts being:

- That prescribed part which must be made available to unsecured creditors.

- The balancing sum which is then available for the floating charge holder.

The change in legislation has brought about a fairer distribution of funds in formal insolvencies ensuring the Revenue did not scoop the pool of money and the ordinary unsecured creditors also receive a dividend.

As always, Should you wish to discuss the prescribed part or any other insolvency matter in more detail, please do not hesitate to get in contact. Telephone: 01326 340 579, Email: ale@purnells.co.uk