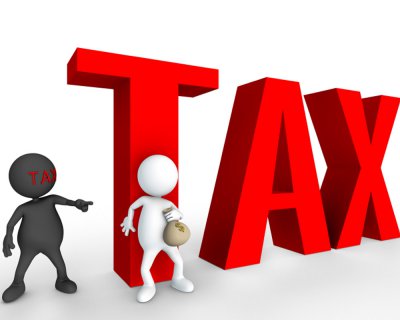 Hello and welcome back to our weekly blog.

This week we are looking at the new Targeted Anti Avoidance Rules in connection to Members Voluntary Liquidations.

Members Voluntary Liquidations ("MVLs") have always been a useful tool to wind down companies and at the same extract assets out a company, in a tax efficient manner.

HMRC has always had their sights on MVLs where the process has been abused to obtain a significant tax advantage by avoiding Income Tax.  This has been brought to light in recent years by celebrities, such as Frankie Boyle, using MVLs to reduce their rate of tax, and the inevitable media storm that has followed.

Member Voluntary Liquidations have always been tax efficient because under S1030 of CTA 2010 the distributions to shareholders, during a formal liquidation, do not count as income distributions for tax purposes but instead are treated as capital distributions in accordance with S122 of TCGA 1992.  The distributions are therefore subject to capital gains tax.

This has always been particularly important if property is involved, because any transfer of property to  shareholders, by way of a distribution in specie, did not attract stamp duty land tax ("SDLT").  This is because it is deemed that no actual consideration is passing and therefore no SDLT becomes chargeable (Paragraph 1 of Schedule 3 of FA 2003).

A further attraction of Members Voluntary Liquidations is that under S169I TCGA 1992 the capital distributions received by the shareholders may be eligible for Entrepreneurs Relief.

In order to qualify for Entrepreneurs Relief the following conditions must be met:

The key issue is to ensure that the company is a trading company, or has been within the twelve months to cessation.

In order to be classified as a trading company a company cannot have substantial investment activity S165A(3) TCGA 1992.  Investment activity would include such activities as holding buy-to-let properties, stocks, or shares etc.

HMRC consider “substantial” to be in excess of 20%. Therefore, in order to be a Trading Company the company must have:

Quite often in these cases the main asset in the balance sheet will be cash at bank and concerns are often raised by the company's accountant and tax advisor as to whether or not the Company would be considered as a trading company.  However in my experience this is not often a major problem and if there is any doubt then advance clearance can always be applied for.

There has been for some time a concern with HMRC regarding phoenixism with shareholders arranging for new companies to take over the running of the original business, with the original company being placed into Liquidation and the cash reserves being extracted at a more favourable tax rate of 10%.

This has been of particular prevalence over the last ten years with contractors.  Those owner managed businesses, which are often one man bands, where the director/shareholder takes minimum salary and dividends while building up significant cash reserves.  Then every two or three years or so the company is placed into liquidation and the cash is extracted at 10%.

It has always been the case that HMRC have sought to counter this tax advantage under the Transactions in Securities Legislation ("TIS") in the Income Tax Act 2007. In their Company Tax Manual, HMRC made it clear that they would seek to apply the TIS legislation to a company in liquidation if the business was transferred to the shareholders, or their associates, prior to liquidation.

If the TIS rules are invoked HMRC look to retrospectively charge the distributions as income as opposed to capital.

From 6 April 2016, three changes were made to the Transactions in Securities Legislation (TIS).

In order to combat phoenixing, a distribution from a winding-up will be treated as income if the following four conditions are met:

However this will not apply to standard liquidation demergers.

The process is now more similar to the self-assessment enquiry process.

If there are genuine reasons for a Liquidation, and the main purpose is not to obtain a tax advantage then the new Targeted Anti-Avoidance Rules will not come into effect, the shareholders will be able to place the Company into liquidation and extract the assets in a tax efficient manner and take advantage of the more generous capital gain tax rates and allowances.

As always, Should you wish to discuss MVLs, the new Target Anti Avoidance Rules or any other insolvency matter in more detail, please do not hesitate to get in contact. Telephone: 01326 340 579, Email: ale@purnells.co.uk