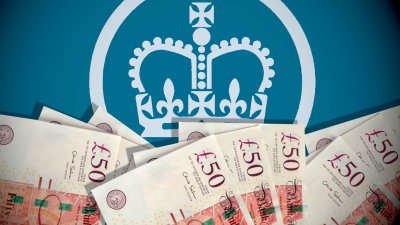 This is particularly relevant to insolvency because sometimes people are unable to repay the liabilities owed to HMRC in full.  One solution for people is to put forward an Individual Voluntary Arrangement proposal or IVA.

HMRC have issued published guidance on the criteria that need to be met for them to consider an IVA Proposal.  One issue that HMRC require is that if tax evasion has taken place then they will require an IVA to offer payment in full to the creditors as a whole.

It should be noted that evasion and avoidance are too very different things.

However, where IVA’s have been put forward in response to demands under tax avoidance schemes, in an Interview with The Insolvency Practitioners Association in 2016, HMRC made clear that if an Accelerated Payment Notices, or APN, had been issued then they would expect payment in full.

From recent experiences HMRC are requiring liabilities in respect of tax avoidance, not only evasion, to be paid in full, even as part of an IVA Proposal.

This has left a lot of debtors stuck between a rock and hard place.  They are unable to effectively deal with their debts though an IVA, and are forced to live under the threat of bankruptcy proceedings.

HMRC’s dealings in these situations has currently been reviewed by the Lords Committee.

Forsyth of Drumlean, chairman of the committee, said: "HMRC is right to tackle tax evasion and aggressive tax avoidance. However, a careful balance must be struck between clamping down and treating taxpayers fairly.

The Committee was looking in particular at the Loan Charge Scheme which is going to come into effect in April 2019.

A Government spokesperson responded: "We've taken unprecedented action to crack down on avoidance and evasion, making sure people pay their fair share of tax and securing funding for our vital public services.

"Parliament has given HMRC powers it needs to tackle businesses and individuals who do not pay their fair share, and it uses them responsibly and subject to appropriate checks and balances.

"On the loan charge in particular, it is important to bear in mind that disguised remuneration schemes are aggressive tax avoidance structures that allowed some people to avoid the taxes that Parliament requires them to pay."

While it is self-evidently right HMRC should take steps to clamp down on tax avoidance, it is my opinion that a commercial view needs to be taken if the debtor is insolvent.

At the end of the day a key mantra in insolvency is that, “you can only have that which is there”.  At the end of the day if the Debtor cannot afford to pay all their debts in full, then creditors as a whole must look at the best result that can be achieved in the circumstances.

HMRC have only recently been given these powers to tackle aggressive tax avoidance and the situation we are finding ourselves in within the Insolvency profession is very current, and I hope that over the next six to twelve months HMRC’s will begin to look at tax avoidance schemes in an insolvency situation more pragmatically and commercially.

If you have been involved with tax avoidance schemes and are coming under pressure from HMRC and do not have the funds to settle their claim in full and wish to have a free meeting to discuss your situation please either email on chris@purnells.co.uk or telephone on 01326 340 579.