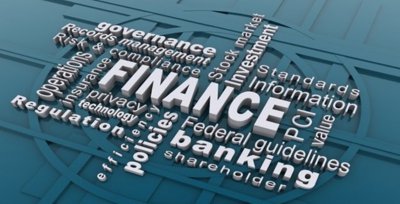 With so many more important things going on with the Coronavirus Pandemic it may have been missed that the Finance Act 2020 received Royal Assent on 22 July 2020.

There are two key points that you should be aware of under that act...

HMRC debts captured are VAT or a relevant deduction, which is as follows:

“(a) the debtor is required, by virtue of an enactment, to make the deduction from a payment made to another person and to pay an amount to the Commissioners on account of the deduction,

(b) the payment to the Commissioners is credited against any liabilities of the other person, and

(c) the deduction is of a kind specified in regulations under section 99(3) of the Finance Act 2020.”

For example, PAYE and employee National Insurance Contributions (NICs). Other tax debts, such as Corporation Tax or employer NICs, will remain an unsecured debt.

“Clause 97: Joint and several liability of company directors", will make directors personally liable for tax debts insituations where they are suspected of abusing the insolvency framework in order to avoid paying taxes. This could apply to directors with a track record of corporate insolvency, or where the director's company is facing, or in, an insolvency procedure.

An HMRC officer may give a Joint Liability Notice to an individual if it appears to the officer that a number of conditions have all been met. The conditions are as follows:

Condition A is that there are at least two companies (“the old companies”) in the case of each of which:

(a) the individual had a relevant connection with the company at any time during the period of five years ending with the day on which the notice is given (“the five-year period”),

(b) the company became subject to an insolvency procedure during the five-year period, and

In sub-paragraphs (ii) and (iii) “relevant” means relevant to the question whether the company had a tax liability or how much its tax liability was.

(a) each of the old companies (if there are two of them), or

(b) any two of the old companies (if there are more than two).

Condition C is that the individual has had a relevant connection with the new company at any time during the five year period.

Condition D is that at the time when the notice is given:

(a) at least one of the old companies referred to in sub-paragraph (4)(a) or (b) has a tax liability, and

(b) the total amount of the tax liabilities of those companies –

(i) the company had a tax liability, or

(ii) the company had failed to submit a relevant return or other document, or to make a relevant

declaration or application, that it was required to submit or make, or

(ii) is more than 50% of the total amount of those companies’ liabilities to their unsecured creditors.

An individual is someone with a relevant connection, which is slightly different for connections with ‘old companies’ and the ‘new company’.

(i) is a director or shadow director of the company, or

(ii) is a participator in the company;

(i) is a director or shadow director of the company,

(ii) is a participator in the company, or

(iii) is concerned, whether directly or indirectly, or takes part, in the management of the company.”

It is clear that HMRC are looking to target repeat offenders, who use a limited company to run up large tax debts and use insolvency to restart their business and shed their liabilities.

The interesting point is that there needs to be two previous failed companies within the relevant five year period, and accordingly it is unlikely that this legislation is going to be an issue for those directors who may have made a mistake, been unlucky, or victims of wider market forces.

If you would like to discuss any issue raised in this blog, or any insolvency matter, please contact Chris Parkman on 01326 340579 or chris@purnells.co.uk